The American Examples Anthology Series from the University of Alabama Press 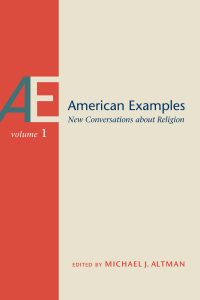 American Examples: New Conversations about Religion, Volume One is the first in a series of annual anthologies published in partnership with the Department of Religious Studies at The University of Alabama. The American Examples initiative gathers scholars from around the world for a series of workshops designed to generate big questions about the study of religion in America. Bypassing traditional white Protestant narratives in favor of new perspectives on belief, social formation, and identity, American Examples fellows offer dynamic perspectives on American faith that challenge our understandings of both America and religion as categories. 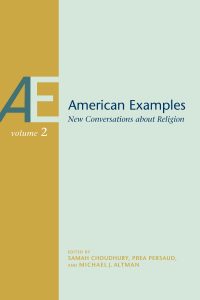 American Examples: New Conversations about Religion, Volume Two, is the second in a series of annual anthologies produced by the American Examples workshop hosted by the Department of Religious Studies at The University of Alabama. In the latest volume from this dynamic academic project, nine scholars with diverse topics and methodologies vividly reimagine the meaning of all three words in the phrase “American religious history.” The essays use case studies from America, broadly conceived, to ask trenchant theoretical questions that are of interest to scholars and students beyond the subfield of American religious history.